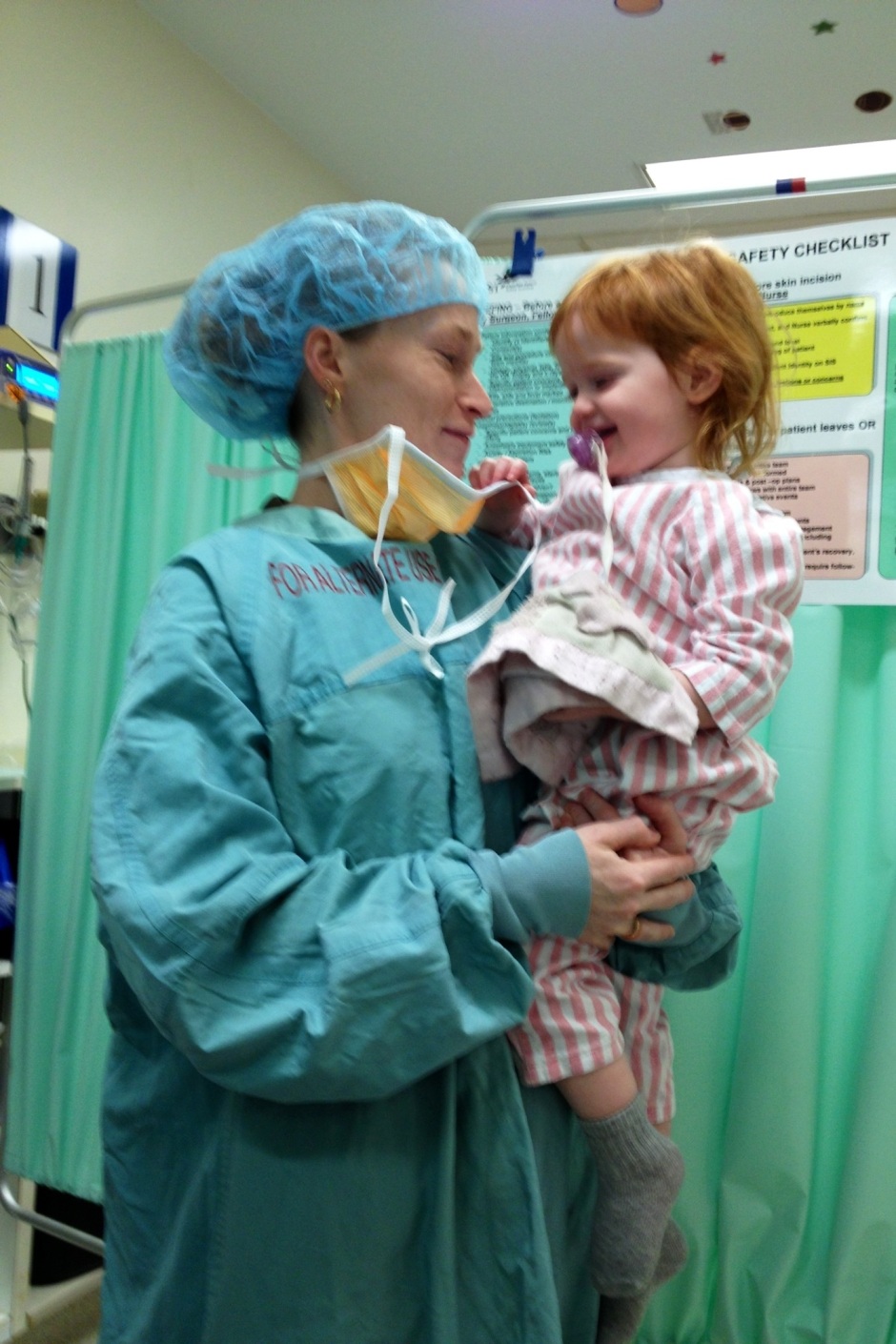 Well was that ever an eventful 24 hours. Just an other day in the life of the Moreaus though…some average and some not so average.

Part of the oncology lifestyle is the maintenance of a port a cath (PAC); which is a surgically implanted device that allows direct access to a patient’s artery. A PAC is used in several different types of patients however for Abbigail and most of her other cancer buddies, it is used mainly for their chemotherapy treatments, transfusions and blood draws but also for any other instance an IV would otherwise be required. Chemo is hard on the veins, muscles and skin duh! So it is better to have a direct access to the circulatory system for treatment and it is less painful as well as more reliable for treatments, especially when so frequent.

In April last year we decided to have a Port put into Abbigail because she had already gone through over 50 needle pokes in less than 6 weeks time because her veins were already weak and her IVs continually fell out, sometimes mid treatment; which is not a good thing. So we had the surgery and it went well and we referred to her port as her “bump” and she is very proud of it and protective of it.

There are many things a child can and can not do when they are sporting a bump, but that is hard to tell a two year old on steroids. The port allows for easier life at the hospital but burdens at times outside those four walls. Abbigail has never been bothered so why should I.

Her “bump” was not in perfect working order this winter and for the last month we have had to draw blood the old fashioned way which is so much torture for these little souls and then recently, mid treatment of our new course of chemo, she had an X-ray that showed her line was displaced. Meaning we could no longer use it as it was near falling out of her artery. Painful and torturous days in clinic with IVs for two weeks then Monday I got the call that we were booked for Tuesday at 8am to have the old port and line removed and new one inserted. Excitement and nerves make for one hyper mama.

Our oldest son, William, was home sick Monday and my husband was sick all night Monday so needless to say we were all bound to get it. I prayed all night and slept on the top bunk hoping to avoid the inevitable until we returned from the hospital. How great would that be, my poor daughter crying in pain awaking from anaesthetic an I’m hugging the garbage can. Somehow I managed to hold off the bug until an hour after coming home with her. Blah!

Glad that is over, and Abbigail successfully got her new port which we will use tomorrow for hopefully what will be her last chemo treatment for a while.

Tomorrow is going to be a good day…