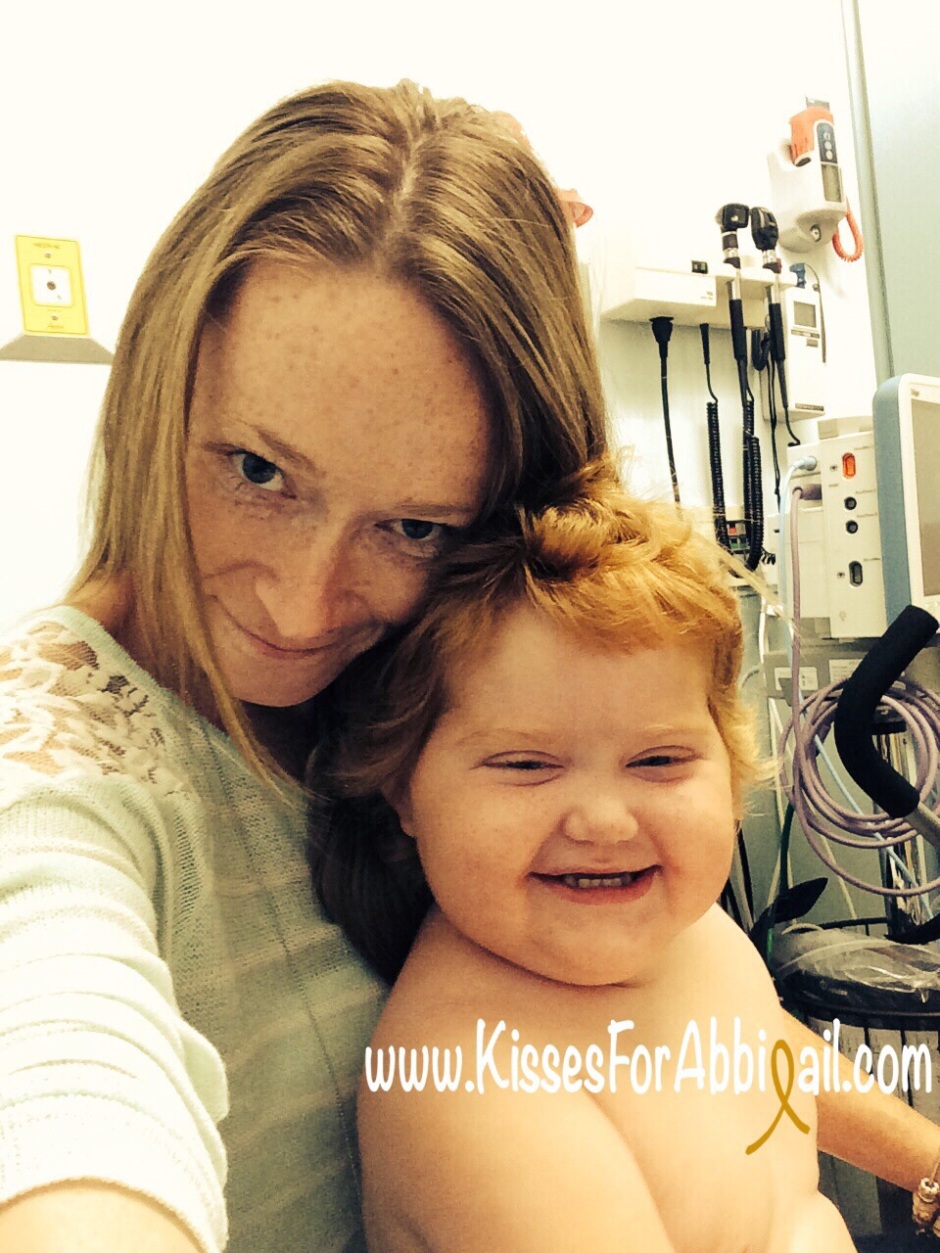 …and so the journey continues; climbing mountains, falling off cliffs, reaching for the stars.

Abbigail’s bone scan last week returned positive. The bony structure within the right ala of her pelvis lit up like a Christmas tree, correlating precisely with what was seen on her MRI images of July 15th (see recent posts since MRI). What does it mean? It means just that. Nothing more, nothing less. It barely moves us forward at all. But it’s official, I am now pronouncing it so. Abbigail is an enigma. The truth, of course, is that neuroblastoma is such a complex, multi-dimensional disease that there are children like Abbigail for whom modern medicine just doesn’t have any answers at present. Relatively speaking there is so much that is still unknown about what neuroblastoma really is, and how/why it behaves like it does.

With these results though, the ‘plan’ has an additional, hitherto unmentioned, element; a core biopsy. She’s had pretty much every scan and diagnostic test going, and has gone through multiple biopsies and aspirations in the past, I’m sure she’ll hardly noticed if we slip one more into the schedule.

So, I sit here alone, on a cold couch, in the dark waiting. Waiting for something to wake me, to end this scary road and show me the light again to a place where our daughter no longer feels pains from needles, chemos and cancers, where she can ride a bike and fall off, skinning her knees for band aids instead. Waiting for my heart to mend after it’s been broken too many times over. Waiting for the fear to stop invading my every thought and decision. Waiting to hear someone say she’s free. I’m waiting to hold my daughter as she wakes from her sedation today. She went in for her biopsy a couple hours ago, with a smile on her face as she fell asleep in my arms. She will wake hopefully and the interventional radiologist will come out confident he retrieved enough bone and marrow to provide answers and that our baby girl was unscathed through the procedure. The wait won’t be over though, not for us as her parents, family and team of doctors. Then we wait for results from the lab. Agonizing at best. Gut wrenching most hours, soothed by her laughter and the love she has for life but nonetheless painful and frightening. We pray it will come back negetive, proving once again that Abbigail doesn’t follow the norm or any precedents…we pray for the day when there is a small amount of certainty again in where we are headed with her treatments.  Please keep Abbigail in your thoughts and I know how much love is here for her! Let’s show her that love and share her beautiful smile with the world.

One final thing that is definitely worth mentioning, and that to my discredit I could easily have omitted. The medical teams who have worked closely with Abbigail over the last two and a half years at the Children’s Hospital of Eastern Ontario have been incredibly supportive of what we are trying to do in terms of getting the absolute best treatment for Abbigail. At various points over the last few weeks and months the simplest option by far would’ve been to turn around and ‘encourage’ us to take Abbigail elsewhere. Instead, her oncology team, and in main part her oncologist, has remained very active, talking to doctors in other cities, provinces and countries, facilitating the various additional procedures needed for her OMS away from home, working day and night to find the answers that aren’t always there. My feeling is very much that at the end of this period we will know as much as we ever could about what is going on inside Abbigail. The unfortunate thing is despite everything we have done, and are doing, there’s still not actually very much we can say for sure, and the future remains as uncertain as ever. Of course there have been times when I haven’t been completely happy with her care; I was recently very frustrated over the hospital’s “slow down” policy and the resulting difficulties arranging her scans and biopsies for this possible “relapse” and I’ve challenged the doctors, offered opinions, made suggestions, and asked some difficult questions (plus a fair few stupid ones as well). And at no time have I heard discouraging noises, or felt like I was being talked down to, or told what to do. It’s a very welcome contrast to some of the stories that I’ve heard from other parents going through this rare journey with OMS and neuroblastoma. Maybe I’ve just been lucky, maybe sometimes I see through rose-tinted spectacles, or maybe the times they are a-changin’. I believe in my heart that Abbigail’s team loves her, from her oncologist and case manager, to the team in radiology who have seen her and cared for her more than 100 times all the way to the nurses in MDU and the administration who are first to greet her everyday. They all have a special place for her in their heart and that is irreplaceable and priceless.

Abbigail you will never climb alone and once we get you to the top you will hold the stars in your hands and shine among the brightest. I believe!

2 thoughts on “May her mountains be beautiful!”